CHAPTER ONE
1.0       Introduction
1.1       Background to the Study
Today, it is a common scene that most of the young generation, especially students, while talking, walking, eating, reading, even in classroom, in front of teacher, continuously striking the keys of a device that seems to be a part of their hand, called cell phone, the most deliberate interactive media. That’s all about messaging which is the recent development in the field of communication technology and the favourite of youths, especially students around the globe due to its cheap tariff.
This research is concerned with the social and psychological effect of Short Message Service (SMS), text massaging or ‘‘texting’’ on the writing skills of the Students of Osun State Polytechnic, Iree which is a wide spreading and revolutionizing communication in today’s world.
This is happening because mobile phone, the latest mass media, in fact has six exclusive benefits as compared to early mass media.
1. The first individual mass media.
2. The first for all time carried media.
3. The first always-on media.
4. The first media among a built in payment system.
5. The first media for all time present at the tip of innovative whim.
6. The first media somewhere the spectators can be exactly identified.
Along with the development in technology, media studies require to be shifted towards those novel technological widgets that appear to have become well-liked internationally. Cellular phone has been placed under investigation as it is the mainly eagerly on hand type of media and is gaining enormous reputation amongst the masses.
Latest technologies such as wireless communication tools are presently at the core of both analysis and attraction. As cellular phone contributions continue to increase, inquiry is hoisted about the special effects of this latest communication equipment. How do these technologies alter people and their societal associations and actions?
The progressively more extensive use of text messaging has led to the probing of the societal and psychosomatic belongings of this new communication means. As Rafi (2010) found that the observed data demonstrated that Short Messages Services (SMS) language ignores orthographic and syntactic regulations of a language with an enormous stress on written sounds and compressions e.g, 8 for ‘ate’, 4 for ‘four and for’, bcz for ‘because’ , and short sentences as ‘how r u? hopu’ll b busy in urstdy. When r u gona meet 4 dat work?
Here, the main concern derives the attention of the researcher and focus argument to check the effect of these phenomena on the students of Osun State Polytechnic, Iree regarding their writing skills. Crystal (2008) says that texters are prone to ignore spellings, either intentionally or reflexively. The accepted credence is that texting has developed as a twenty-first-century trend as a highly idiosyncratic vivid style, full of contractions and out of the ordinary uses of language, used by an immature generation that doesn't worry about standards the rules and regulations of language. 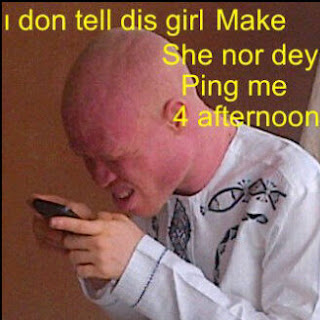